How I finally realised that I was limiting myself 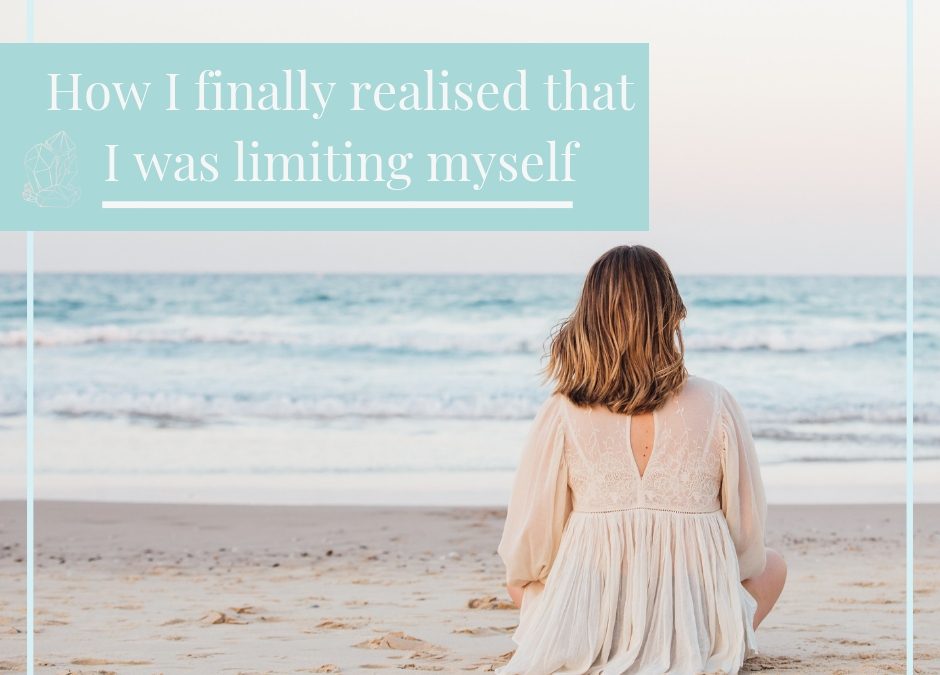 There’s a saying, you’ve probably heard it, ‘Your only limit is you’. There’s a difference between ‘knowing’ something and truely learning it. When you’ve fully integrated and learnt something it means you embody it, moving the concept from an idea in your head to a principle that you live by and that guides you in your day to day.

That’s what happened to me this year about this saying. Yes, I’ve intellectually understood it for most of my adult life but this last year I was able to witness it in myself. I didn’t think I had many limits on myself. I didn’t think I was in my own way. I had the belief that everything always works out for me and that most things I put my mind to, I could achieve, so I thought I was cool.

What I finally realised is that our limitations (often also referred to as limiting beliefs) have all kinds of masks, smoke and mirrors that make them hard to see. Not only that, again intellectually we might think something, like logically we know we’re all equal, that everyone has the same ability to create what they want, that the possibilities available to me are also available to you…. But often at a deeper level, we don’t actually believe what our logical mind tells us.

The beliefs that would often come up where;

“I can’t communicate clearly enough to convey my thoughts”

And when I peeled back what sat beneath these, it was always a belief of not being worthy of what I wanted and not being enough (whether it was good enough, talented enough, smart enough, beautfiul enough, thin enough – always a flavour of ‘not enough’).

These limitations, my deep beliefs were limiting my ability to achieve, create and become what I wanted. Because do you know what happens? We naturally create circumstances that match up with our beliefs. We may want to go at a goal like losing weight, yet if deep down we don’t think it’s possible for us and that we’re not worthy of looking a certain way, we’ll sabotage ourselves. Like smashing down a pack of biscuits or a block of chocolate even though we know it’s stopping us from getting what we want (I’ve done that before!).

It’s the same for anything that you want to achieve, for me this year, it came up a lot for me in becoming the ‘face’ of my business. It’s because deep down I didn’t think it was possible for me, I wasn’t as good as the other people doing it (not enough again!) and that I wasn’t worthy of the life I wanted. So I wasn’t able to show up, reveal my true self and keep consistently at it. Even though I could see in my mind’s eye what I wanted, I couldn’t stick at the action I needed to (hello procrastination, constant chopping and changing, self doubt) because I didn’t really believe I was worthy of it.

Maybe it’s the same for you, it could be in your career, your finances, your health, your relationships. If deep down you don’t believe you can have something, you create a limit for yourself which naturally caps what you can achieve.

So how do you reset your limits?

I honestly have to say, finding someone to work with you on this is a gamechanger. It will speed up the process so much and quickly uncover your limits and blocks that could take a lot longer for you to find on your own.

If this isn’t possible for you, it’s time to get really reflective. Here are some things to consider to identify your limits and then how to go about releasing them so that you can create what you want.

I spent many months this year, unpacking my limiting beliefs and the ways of thinking that went with that. I could literally see in myself, how these thoughts resulted in actions and behaviours that were boxing me in below where I wanted to go. I literally saw that my thinking was the only thing actually limiting me, even though initially I thought it was a whole host of other things.

Going through this process, deeply witnessing, unpacking and reprogramming my ways of thinking means I’ve completely upgraded what is possible for me. Not only did I really learn the saying, I uncapped myself and got out of my own way this year. It is truly liberating.

Do you relate to the saying your only limit is you? Where in your life are you not getting the results you want? Do you think you could be the one stopping you?

If you’d like to chat about working together to get out of your own way, simply send an enquiry here